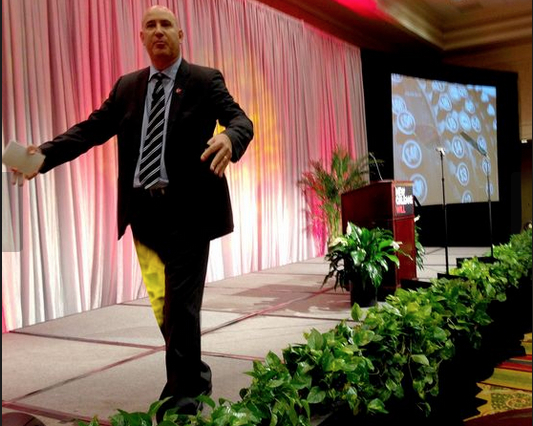 Author and public relations expert Stefan Pollack exhorted members of the New Orleans tourism industry this week to rethink how they reach visitors during the rise of digitally indigenous generations. The well-crafted, uni-directional marketing messages of the past won’t work on people who don’t remember a time before i-gadgets, he said.

Pollack calls people born between 1994 and 2004 the “iGen” generation, because, he said, “Clearly it’s the generation that Apple built.” Pollack runs a public relations firm and teaches at the University of Southern California Annenberg School for Communication and Journalism in Los Angeles, where he says it’s been five years since any of his students owned a television set. They watch programming via the Internet on digital devices. (Read More->)

Written by tenured PR professional and president of a Los Angeles/New York PR and marketing firm, Stefan Pollack, Disrupted focuses on the iGen generation, the generation born between 1994 and 2004 (often called Gen Z). In just a few short years, iGen will be joining Gen Y as a majority among digital natives. Their existing consumer behavior represents the upcoming mainstream environment.
Stefan Pollack